The Milton: A brief history 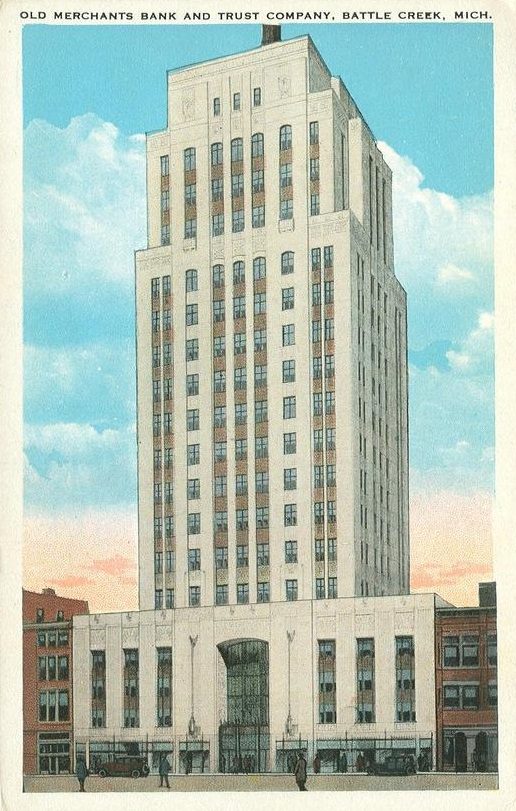 In 1929, two large Battle Creek financial institutions merged, forming the Old-Merchants National Bank and Trust Company, which was, at the time, the largest financial institution between Detroit and Chicago. The newly-merged bank decided to commission a new, larger building for their headquarters and hired the Chicago firm of Weary and Alford to design a new building. Construction began in early 1930, under the supervision of Detroit contractors, Walbridge and Aldinger. The construction site was also the site of the bank’s headquarters at the time, so construction was staged to allow the bank to move into a portion of the new building before the old one was demolished. The building was completed in 1931. At the time, banking offices occupied the first five floors, with rental offices above.